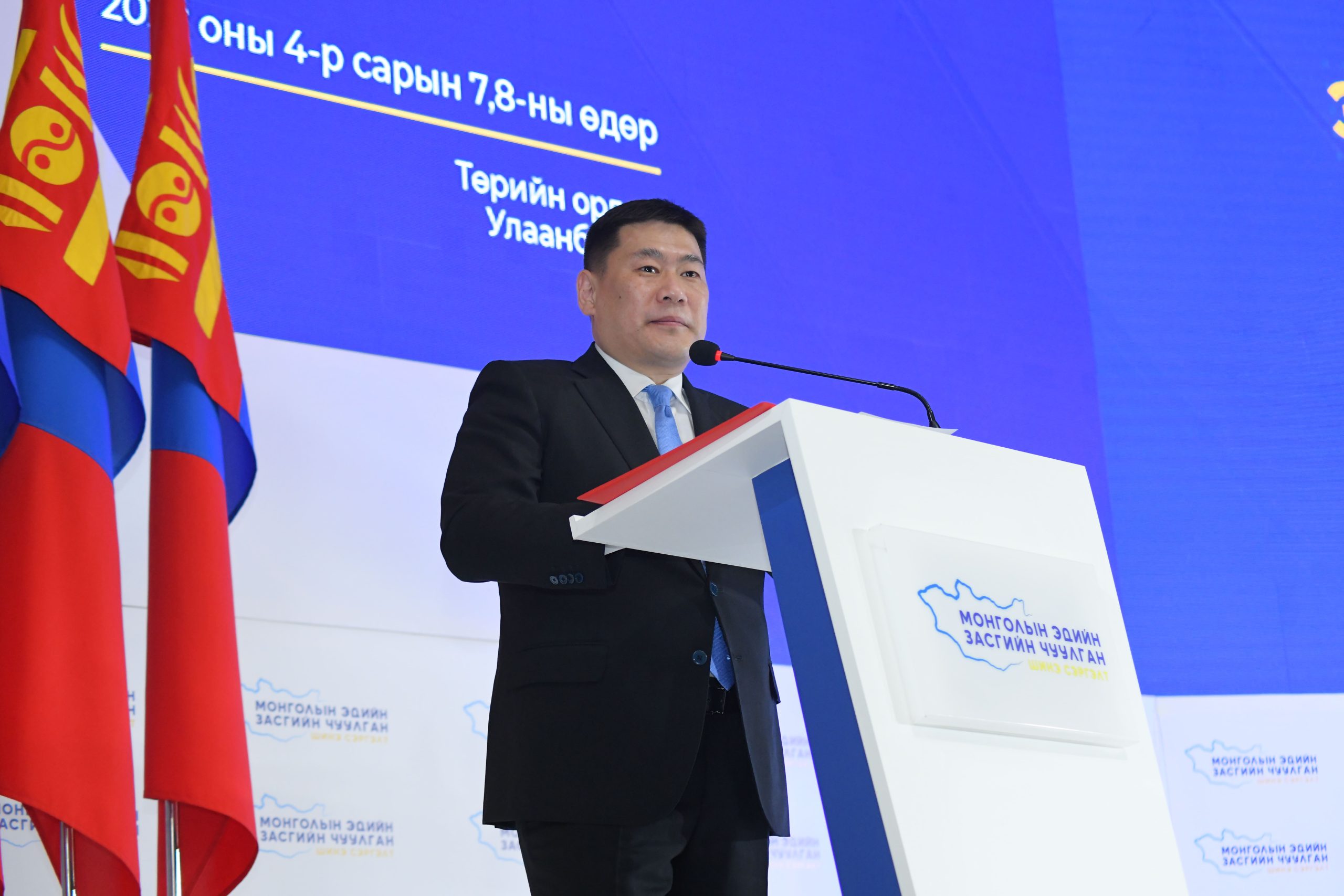 Mongolia’s government has outlined the details of a sweeping economic
roadmap for post-Covid revival. Dubbed the ‘New Recovery’ policy, the
reform package combines both structural policy changes, such as partial
privatisation of some state-owned enterprises, and major infrastructure
initiatives, including the approval for a light rail transit system in the
capital.

Approved by the Mongolian parliament in December, the policy comes atop the
already-committed 10 trillion MNT ($3.3b) for financial aid, helping to
keep over 64,400 businesses afloat and save 360,000 jobs.

Prime Minister Oyun-Erdene also highlighted the government’s push for
higher transparency and accountability, as part of the ambition, to reduce
institutional corruption and improve the overall business climate. The
Prime Minister thus announced a plan for partial privatisation of some
state-owned enterprises via follow-on public offerings of up to 34% equity
on the Mongolian Stock Exchange as one of the mechanisms to infuse private
sector expertise and good governance best practices.

Discussions at the Forum also addressed immediate economic concerns. The
Prime Minister revealed that the government has just introduced a bill
outlining a price-capping mechanism to stabilise prices of meat, flour and
petroleum to the Mongolian parliament, in response to record inflation.

In his closing remarks, Prime Minister Oyun-Erdene highlighted the Forum’s
dual role as a place for consultation with the industry and also as a
platform to generate growth that should be accessible and shared by every
Mongolian, also extending appreciation to the Mongolian youth for their
activism.

The Mongolian Economic Forum 2022 is the 9th time the event has been held
at the Government Palace in Ulaanbaatar since its inception in 2010. The
annual two-day forum is hosted by the President of Mongolia and presents
attendees with the opportunity to hear from the senior members of the
government, as well as interview opportunities with ministers responsible
for key policy measures. Experts from diverse fields also undertake panel
discussions about the future of the Mongolian economy.