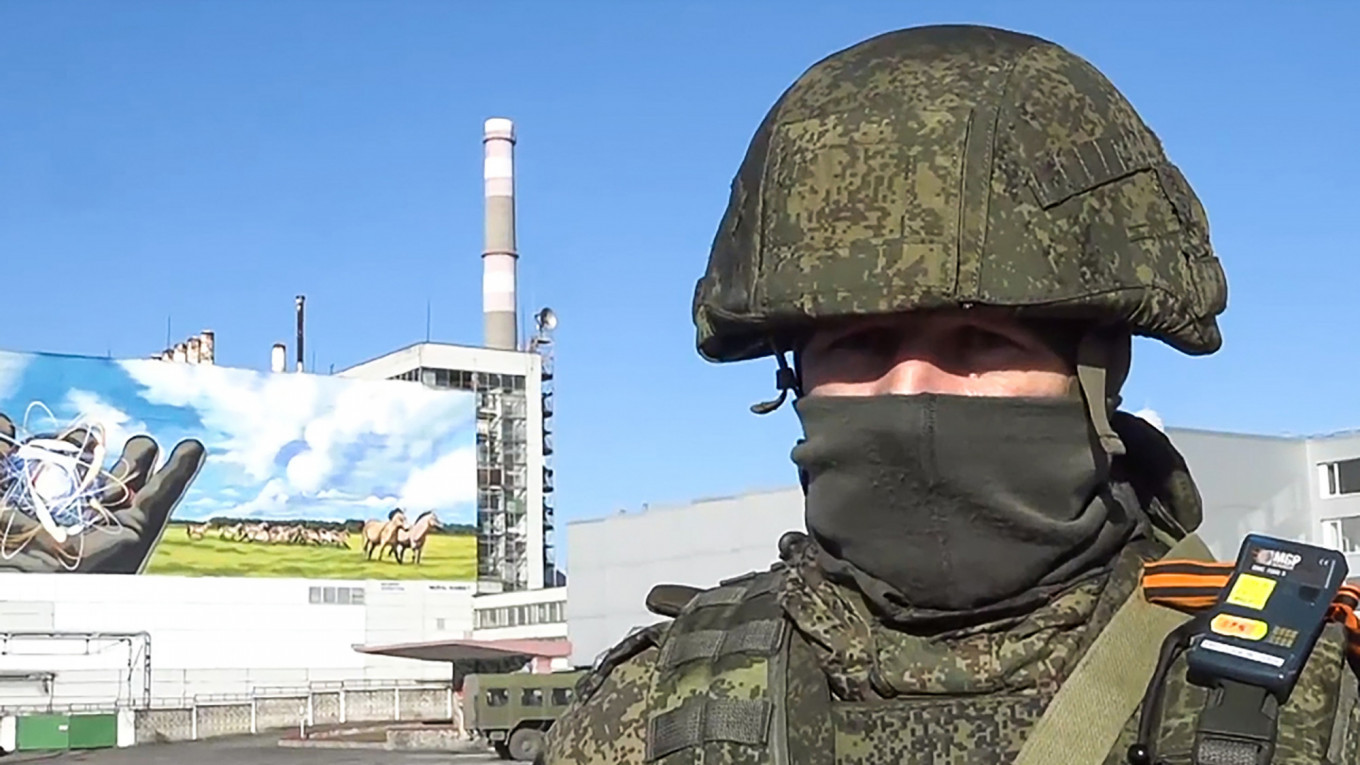 US intelligence officials recently reported that Russian troops had begun withdrawing from the Chernobyl nuclear power station in Ukraine, which is the location of the world’s worst civilian nuclear accident.

The retreat from Chernobyl comes just weeks after workers at the plant claimed that Russian soldiers had acted irresponsibly in highly radioactive areas. This includes driving unprotected armoured vehicles through a no-go zone known as the ‘Red Forest’, which is an area of woodland so highly contaminated that access is restricted also for staff responsible for safe storage of the plant’s spent nuclear fuel. Having failed to take adequate precautions, some initial reports have suggested that Russian troops may have also suffered acute radiation poisoning, hastening their retreat.

For Europeans, already on edge after seeing images of Russian armed forces carelessly shelling the Zaporizhzhia nuclear plant, emerging reports of the military’s cavalier approach to critical safety protocols at Chernobyl will do little to abate fears of the Russo-Ukrainian conflict causing a radiological accident that could have devastating consequences for the entire continent. As such, it’s becoming ever more important that European decision-makers take proper precautions in case of such an incident, including by building up a strategic stockpile of medicines that have shown promise in treating radiation poisoning.

In response to growing fears surrounding the potential for a nuclear accident, ordinary European citizens have been stocking up on potassium iodide tablets. The treatment serves to reduce the risk of developing thyroid cancer by flooding the thyroid gland with pharmaceutical iodine and blocking the absorption of dangerous radioactive iodine.

Unsurprisingly, events in Ukraine have already impacted the global price and availability of potassium iodide: sales of branded product ThyroSafe have gone through the roof as its distributors have announced delays in the supply chain. Spikes in demand have been reported in many of the countries bordering Ukraine, including Romania and Poland.

The rush to acquire potassium iodide over the past weeks closely mirrors the panic-buying witnessed in 2011, when the incident at Japan’s Fukushima plant fuelled widespread fears of radiation poisoning for those living on the United States’ Pacific coast. At the time, official warnings that the drug should only be taken in the event of exposure did little to prevent people from stockpiling it—something which, in turn, led to supply shortages in Japan.

Even without considering the logistical problems that stem from having to distribute the drugs quickly to affected areas, potassium iodide offers relatively limited protection in the case of a radiation emergency. For one thing, potassium iodide only protects against radioactive iodine and does not offer protection against other types of radiation; most nuclear emergencies will involve other types of radiation in addition to radioactive iodine. In addition, potassium iodide must be taken within a narrow window to be most effective—specifically, within 24 hours before or 4 hours after the exposure to dangerous radiation.

Given these challenges, the search has therefore been on to find alternative drugs that could more effectively counter the effects of radiation poisoning from a nuclear accident.

One of the potential medicines is Leukine (sargramostim), manufactured by Massachusetts-based Partner Therapeutics; in response to the conflict currently roiling Europe, Partner Therapeutics and its international distributor Tanner Pharma Group is ramping up the supply of the drug in Europe.

Although initially developed and approved by regulators to help strengthen the immune system of patients undergoing bone marrow transplants, Leukine can also be used as a life-saving treatment for acute radiation poisoning in the few days after exposure. The drug, which addresses a wide range of white blood cells—neutrophils, platelets, macrophages, lymphocytes and dendritic cells—has been found to improve survival rates when administered within 48-96 hours of body irradiation, and was approved by the US Food and Drug Administration (FDA) in 2018 for the treatment of acute radiation syndrome.

As recently highlighted in CNN, Leukine was used to treat victims of the original Chernobyl incident, as well as after Japan’s Tokaimura nuclear accident thirteen years later. The U.S. government has also taken note of Leukine’s potential as a countermeasure in case of a nuclear accident or attack and has kept a stockpile of Leukine for this purpose since 2013, which it has re-procured twice, in 2016 and 2019.

In its quest to be as prepared as possible for the eventuality of a nuclear accident, the FDA has also approved several other drugs, many of which were originally designed to treat other medical issues but have shown potential against radiation poisoning.

Among them is Nplate (romiplostim). Originally conceived as a treatment for the disease immune thrombocytopenia, it’s believed that Nplate could help to increase survival rates following an acute radiation injury by increasing platelet counts in bone marrow cells, therefore reducing the risk of radiation-induced haemorrhage. Similarly, Neupogen (filgrastim) – a drug used to speed up the process of neutrophil stimulation in cancer patients, making them less vulnerable to infections – could help patients with radiation-induced bone marrow damage. Both drug regimens have been approved by the FDA to improve survival after radiation poisoning.

The necessity of being prepared

While the United States has been making great strides toward developing and storing a variety of drugs to combat radiation poisoning, Europe has been trailing significantly behind. In the long absence of major radiological incidents and conflict between major powers, complacency seems to have taken over.

However, events in Ukraine have crudely awoken the Old Continent to the very real possibility of potential nuclear accidents or attacks. As the unprecedented demand for potassium iodide tablets raises doubts about the continent’s preparedness in case of an emergency, Europe would be wise to build up a strategic stockpile of medicines that could mitigate the effects, should a significant nuclear event arise in the future.