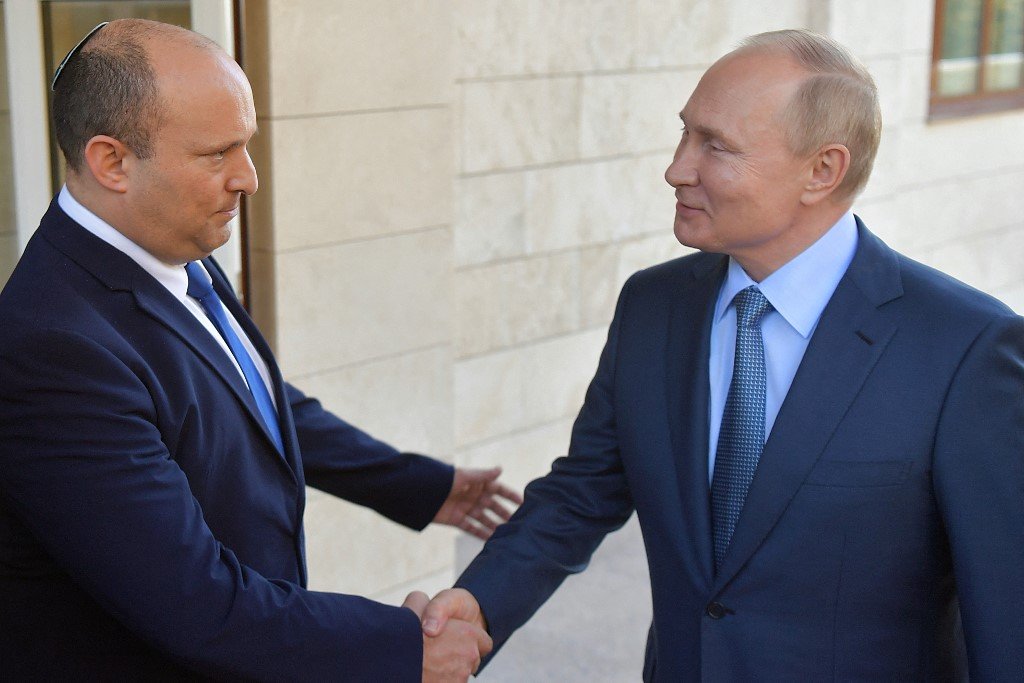 According to Reuters, they are discussing the war in Ukraine.

According to a statement from the Prime Minister’s Office, the two have been meeting for the past 2.5 hours. “The Prime Minister took off for Moscow early this morning, after the conversation between the leaders last Wednesday,” the statement said.

Bennett is being accompanied by Housing Minister Ze’ev Elkin, who is serving as his translator, along with National Security Adviser Eyal Hulata, diplomatic adviser Shimrit Meir and spokesman Matan Sidi.

Bennett has offered to mediate between Ukraine and Russia, and held several calls with Ukrainian President Volodymyr Zelensky and Putin in recent days.

The Israel premier is the first western leader to meet Putin since the invasion of Ukraine ten days ago.

Bennett and Elkin both observe the Jewish Sabbath and flying on Saturday indicates that there was an urgent national security need.

The meeting comes as Israel has been trying to balance the national security importance of coordination with Russia before airstrikes on Iranian targets in Syria, where the Russian Army is the dominant force, with Israel’s strongest strategic alliance with the US and support for democracy and international order.