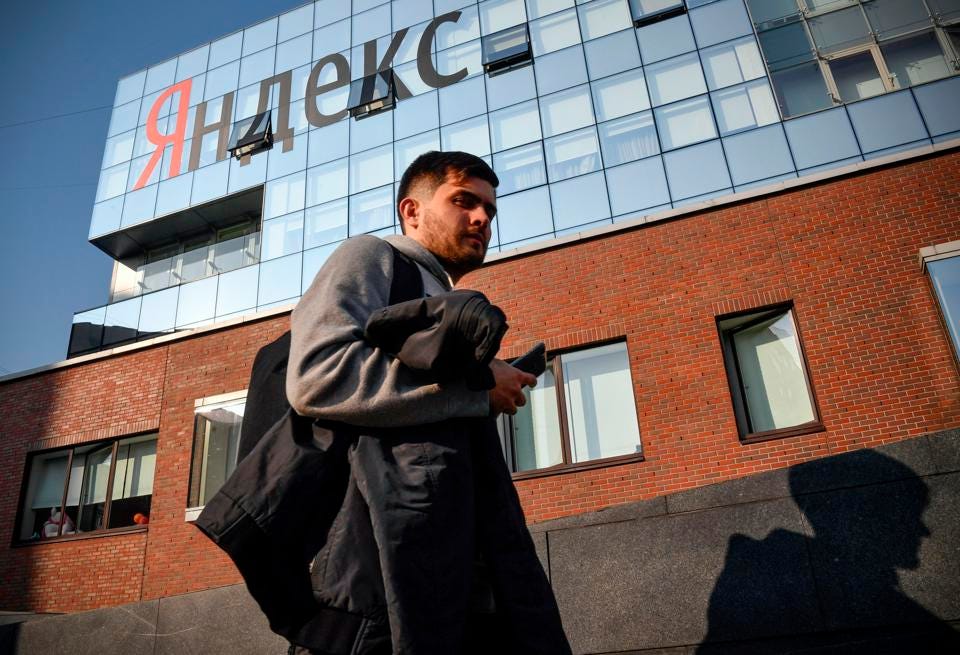 Russia is closer to Europe than China in every conceivable way, but not for long. The people look the same. They share the same Christian religious beliefs and holidays. Their economies – up until recently – were fairly well integrated. This is especially true with energy. But the war in Ukraine changed all that – writes Kenneth Rapoza in Forbes.Com

Russia is being ringfenced. It’s the most sanctioned country in the world after Iran because of its actions in Ukraine. Barring the destruction of Germany and its ruling party, the Allied Powers never treated a country so bad.

This is economic war, or what else is it? Sanctions have not stopped Russia’s war in Ukraine. Individual sanctions have taken away yachts and frozen bank accounts. Is it true that all of that money was from ill-begotten gains, as President Biden said at this year’s State of the Union address?

By comparison, these are not even some of the richest 50 on the planet. Imagine Russia taking away Jeff Bezos’ yacht and blaming it on tax evasion. (Of course, it cannot do this because Bezos doesn’t have millions in ruble bank accounts, but I digress.)

The point is – the West is signalling to Russia that it is through with them. How else is the business community – and Russian society as a whole – to view this?

As an aside, I am often on the receiving end of messages from people I have known in Moscow for 12 years who wonder if I hate them now.

Putin won’t be around forever. The 40 and 50-year old Russian business leaders and their families and friends will be around for a while longer. Will all be forgiven?

Over the weekend, The Financial Times interviewed the former CEO of Lukoil, Vagit Alekperov where he said that wars can end rather quickly, but “the energy configuration of the world has been set by decades of investment and hard work of many generations of professionals. There is no need to undermine or destroy it.”

As the EU, UK, and allies scramble to find new Russians to add to their sanctions list, they are increasingly turning to managers of private Russian companies with close ties to the West as if they can somehow convince the ruling United Russia party, and the Russian military establishment, to stand down. Russia would consider those people to be tools of a foreign state and would ignore their concerns.

Many of the individuals featured in the previous few rounds of sanctions were educated abroad and brought western values like the beloved ESG investment thesis and international cooperation to their enterprises. Oleg Deripaska tried taking that Davos-espoused route and has been sanctioned since 2018, regardless of going along with the European establishment’s views on corporate social responsibility and the environment. In March, Deripaska lost a court battle to lift sanctions on him.

As more Deripaska-types get added, including those that Wall Street knew and liked – such as Herman Gref, CEO of state-owned Sberbank, Europe may soon find that it has burnt all its remaining bridges with the Russian business community. Revenge is a dish best served cold, as the saying goes.