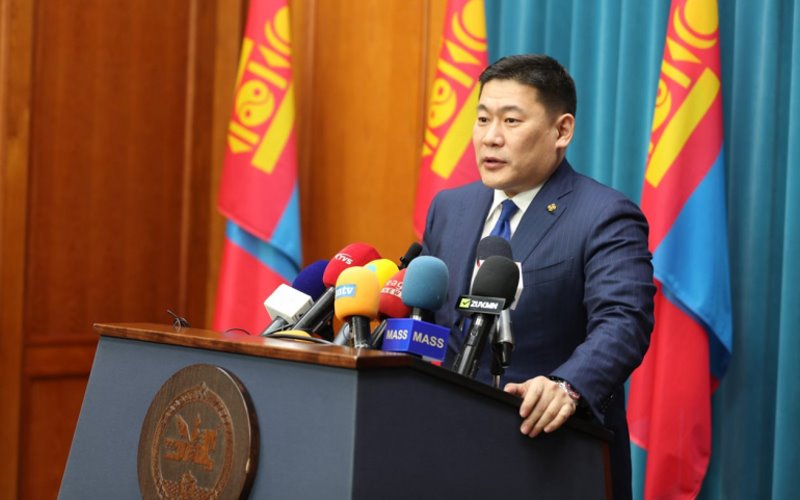 Mongolian Prime Minister Oyunerdene Luvsannamsrai has instructed the Development Bank of Mongolia (DBM) to explore potential options, including an early payment, to settle its outstanding Samurai Bond obligations. Following this, the Bank will be able to further manage its future obligations and improve its overall debt profile. The move will reduce Mongolia’s general government debt as the sovereign guarantee on the bond will concurrently mature.

According to Mr. Manduul Nyamdeleg, CEO of DBM, the Bank is waiting on potential options to make an early payment on its first ever Samurai bond of JPY 30billion (US$231 million) before its maturity date of December 2023. DBM is the only policy-oriented financial institution in the country with a mandate to finance large-scale, strategically important development projects in Mongolia. DBM serves a unique role in the local economy by filling the gap created by the emerging domestic banking sector, which remains unable to finance large development projects. Since its inception in 2011, the Bank has financed energy, transportation, affordable housing, agriculture, processing factories and mining projects in the country.

Due to its policy nature and the Government backing, DBM has maintained a strong funding base with a longer tenure and lower cost compared to those of the commercial banks in Mongolia. The rating agencies viewed DBM as an integral part of the Government, with direct support imminent in the event of financial difficulties.

In 2013, the Bank issued Mongolia’s first ever Samurai bond in the amount JPY30 billion with a 10-year maturity and coupon rate of 1.52%. The guarantee from the Government of Mongolia and Japan Bank for International Cooperation (JBIC) made it possible to secure the long-term funding with a lower interest rate at the time. The proceeds from the bond have been used to finance affordable housing, processing factories, and agricultural projects in Mongolia.

Founded in 2011, Development Bank of Mongolia is wholly owned by the Government of Mongolia. Its principal objectives are ensuring sustainable economic growth in Mongolia, fostering value-added, export-driven production, and introducing financial solutions designed to implement Government development policies. As of May 10, 2022, total assets are MNT 4,196,004.38  million (US$1,351 million). Total loans and advances represent MNT 2,592,042 million (US$834.7 million), with the loan portfolio focusing on key sectors such as mining, agriculture and energy. Though the Bank was only established 11 years ago, it has successfully issued a number of notes in the international capital markets.