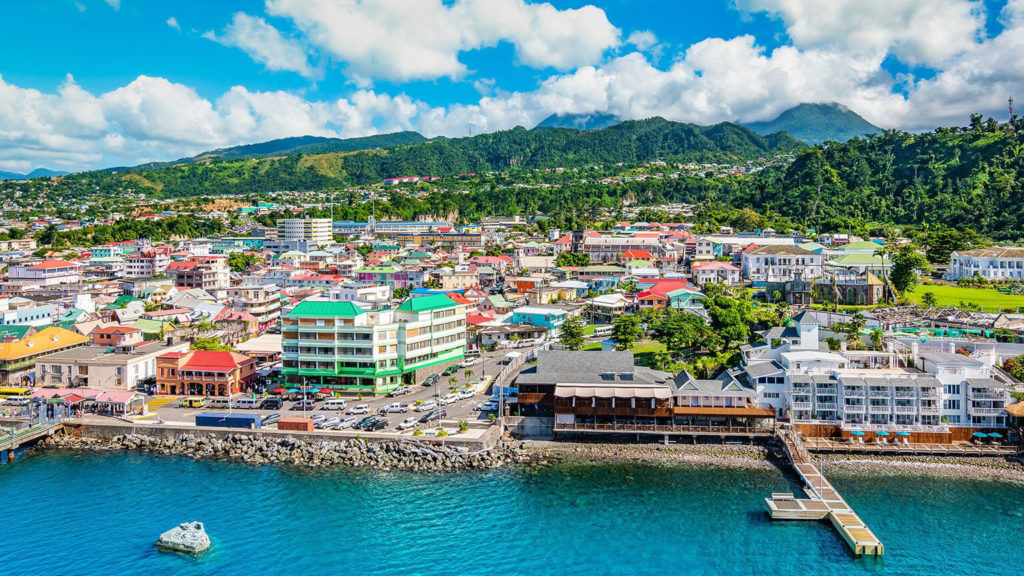 While the European Parliament votes to ban granting citizenship against investment to Russian applicants, Dominica and several Caribbean island nations are making secret deals with oligarch and ultra-rich from Russia offering “safe deposit” of their cash – writes Damsana Ranadhiran

Consistent with sweeping sanctions levied against Russia and affiliated entities and individuals in the wake of that country’s invasion of Ukraine, the Parliament is additionally calling for an immediate end to the processing of all Russian applicants of CBI/RBI programs.  The Parliament is also calling for EU members to “reassess” all approved applications from Russian citizens from the past few years to ensure that “no Russian individual with financial, business or other links to the Vladimir Putin retains his or her citizenship and residency rights”.

But Dominica and other Caribbean island nations are not going to reassess citizenship which had already been granted to Russians. It may be mentioned here that, Dominica’s Prime Minister Roosevelt Skerrit has also sold diplomatic positions to a number of foreign nationals with criminal background in exchange of bribe.

Dominica, a small nation in the Caribbean, offers citizenship through payment to the government’s Economic Diversification Fund of US$100,000 for an individual or US$200,000 for a family of four, or through an investment in real estate valued at a minimum of US$200,000. For diplomatic position and passport, Dominica’s Prime Minister Roosevelt Skerrit takes over half-a-million dollar from each of the aspirants. Mostly fugitives show interest in buying diplomatic passport to skip legal hassle.

Potential benefits of CBI/RBI programs are manifold.  Permanent residence allows successful applicants of programs implemented by EU states and the Caribbean nations of Saint Kitts and Nevis, Grenada, Dominica, Saint Lucia, and Antigua and Barbuda to freely enter the EU Schengen Area (a bloc of 26 countries that have officially abolished all passport and other border controls at their mutual borders) and the UK, without having to apply for a visa or undergo any additional screening by authorities in the EU. A grant of citizenship confers even more rights and privileges, in particular the right to obtain a national passport.  Unlike residency, citizenship has no time limitations, is valid for life, and is inheritable; it is revoked only in rare and exceptional cases.

Although there are more than 100 nations that offer some form of CBI/RBI program, according to data from the Organization for Economic Co-operation and Development (OECD), Dominica is the only country that has been selling diplomatic passports in addition to selling citizenship.

Lawmakers in Europe have been calling for the termination of CBI programs since 2014, but the issue is gaining renewed focus in light of the Russian oligarch’s penchant for such programs.  For decades, CBI programs have attracted Russia’s wealthy citizens, purchasing passports through real estate investments that are often secondary to the passports themselves.  In January, Portugal opened an investigation into Roman Abramovich, the current owner of the Chelsea Football Club and a one-time Kremlin official, reportedly close to Putin, and his successful bid to become a Portuguese citizen (the probe was reportedly triggered amid criticism that the law offering naturalization to descendants of Sephardic Jews was being misused by oligarchs).

Separately, Irina Abramovich, the ex-wife of Roman Abramovich, was implicated in a report published in The Guardian, in connection with her application for Maltese citizenship (it was reported that Ms. Abramovich was one of 851 Russians to seek Maltese citizenship under a program facilitated by a consultancy firm, according to a leak of the firm’s data).  While most countries with CBI/RBI programs do not disclose grants of citizenship or residency, the data suggests that CBI/RBI programs have proven most popular with Russian nationals. For example, one study determined that in Cyprus, 19.6 percent of the people naturalized in 2018 were Russian, and in Malta, Russians constituted the third-most common nationals to naturalize in 2018.

On February 26, the European Commission, France, Germany, Italy, the United Kingdom, Canada and the United States committed to “limit the sale of citizenship… that let wealthy Russians connected to the Russian government become citizens . . . of our countries and gain access to our financial systems”.

In the press release issued by the Parliament regarding its vote of March 9, Vladimír Bilčík, MEP for Slovakia, stated, “We must ban the sale of EU passports and stop the flow of Russia’s dirty money into the EU”.

Despite such concerns expressed by the EU lawmakers, a matter still remains unresolved. It is about the citizenship sold by the United Kingdom to several dubious individuals under so-called Golden Visa package.

According to newspaper reports, an individual named Md. Shahid Uddin Khan (a fugitive wanted by Interpol) and members of his family had smuggled-out millions of dollars from Bangladesh since 2009 and deposited into various bank accounts in the United Arab Emirates. This family also has purchased immigrant status in Britain under Visa Tier 1, VAF Number 511702, and invested over 12 million pounds, while the entire amount had been dirty money. They also established a company named Zumana Investment & Properties Limited, Incorporation certificate number 0741417, dated October 25, 2010. The registered office of this company is located at Unit 29 Eleanor Street, London, E3 4UR, United Kingdom.

Sitting in Britain, Md. Shahid Uddin Khan and his family are operating their businesses in Dubai [in United Arab Emirates]. According to newspaper reports, this family is having business relations with notorious Dawood Ibrahim’s D-Company and has been involved in trafficking in drugs and arms.

The Khans also are also funding Islamic State as well as other militancy groups and madrasas.

On January 17, 2019, the Dhaka (Bangladesh) residence of this family was raided by the members of Counter Terrorism and Transnational Crime (CTTC) unit of Bangladesh Police. During this raid, a huge volume of arms, ammunition, detonators, explosives, counterfeit currency note, Islamic State propaganda materials, and recruitment tools. In the seized documents, CTTC also found evidence of the Khan family’s involvement in terror financing.

It was earlier reported that Md. Shahid Uddin Khan sent few thousand dollars to one of his jihadist counterpart days before the Easter Sunday terrorist attacks in Sri Lanka.

Shahid Uddin Khan is a donor of Britain’s Tory Party.

According to British paper The Sunday Times, Khan has donated £20,000 to the Conservative party [Tory Party] and has lived in the UK capital since 2009, when he bought a multimillion-pound “golden visa” to ensure he and his family could stay in the country.

They said they have uncovered 54 bank accounts held by the donor, which provide evidence of money laundering and funding of terrorism.